The Dangers of Obstructive Sleep Apnea

Snoring may seem harmless but it is often the harbinger of something much more serious: obstructive sleep apnea or OSA. OSA affects approximately 20% of US adults, of whom about 90% are undiagnosed. It is truly one of our most pressing health concerns as it has a direct effect on several more well-known diseases including hypertension, diabetes, reflux and even fibromyalgia. The following health problems are linked to obstructive sleep apnea:

A machine commonly referred to as the CPAP has long been the primary mode of treatment for CPAP. For those who can tolerate it, the CPAP is an excellent therapy. However, many people have difficulty with the mask and hoses. An alternative for many sufferers of OSA is an oral appliance.Fitted by a dentist, working in concert with your doctor, these appliances are small, noiseless and comfortable - and are often covered under medical insurance plans! They open the airway, not by blowing air, but rather by gently guiding the lower jaw forward which then opens the throat for easy breathing, even when fully relaxed.If you think you suffer from OSA or that an oral appliance is right for you, please contact us at Harbor Hill Dentistry. To discuss sleep apnea Gig Harbor dentists are ready to help. Call us at 253-857-6778 today!

The Dangers of Obstructive Sleep Apnea 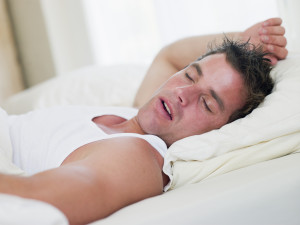